Plumber Bubba or Plumber Bahah is a comedian that Early Cuyler is a big fan of (a parody of Larry the Cable Guy). All of his jokes end with him saying "Do it to it!" He turned out to be an alien named Plu'mer Bu-Ba from the planet "Ala-Bama" who disguised himself as a human and he and his Elders came to earth to steal the brains of his supposedly intelligent fans (though it is later revealed that one of the Elders chose the south because he liked the southern food and folk art) in order to use their "intello-secretions" to create weapons capable of destroying all matter and time, leaving behind only a Memorial Day Weekend. He died from a lack of "space fluids", an apparently addictive substance which Granny took for herself. Plu'mer Bu-Ba is known for his famous backwoods fighting smack talk of "you testing me? And I'm about to pass, when I whoop that ass!".

Despite Plumber Bubba's death, Bubba made a cameo in "Armageddon It On!" on one of the television screens that Early watches. 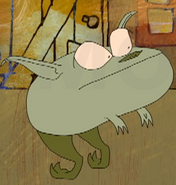 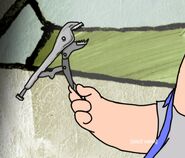 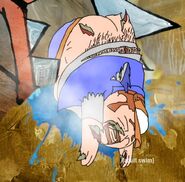 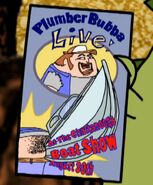 An alien seen in Lerm that looks similar to Plumber Bubba's alien form.